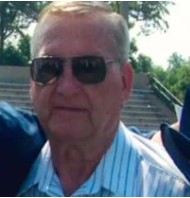 Mr. Rhyne was a veteran serving in the U.S. Air Force. He was a member of First Baptist Church in Cornelius. He was also a member of the National Radio Institute Alumni Association.

In addition to his parents, he was preceded in death by his wife, Ruby Harris Rhyne; sister, Eloise Alexander; and brothers, Howard and David Rhyne.

The family will receive friends on Saturday, January 30, from 10 to 11 a.m. with a service following at 11 a.m. at Cavin-Cook Funeral Home Chapel with Eddie Karriker officiating. Burial will follow the service at Glenwood Memorial Park.

Cavin-Cook Funeral Home & Crematory, Mooresville, is serving the Rhyne family. Condolences may be made to the family at www.cavin-cook.com.