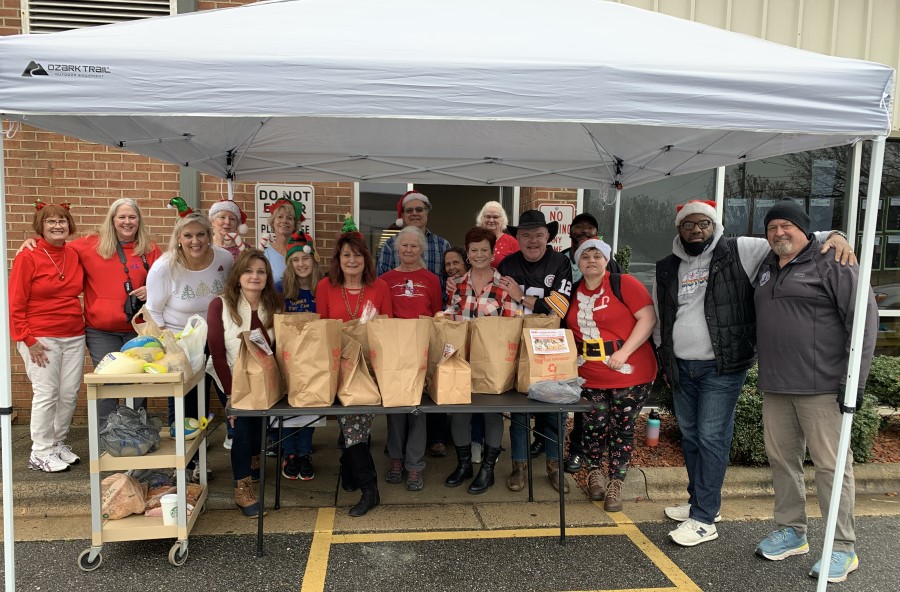 A little rain didn’t dampen the spirits of the volunteers who pitched in to make the second annual Operation Christmas Food Drive a success on Saturday afternoon.

Twenty-one volunteers gathered at the Statesville Family YMCA for two hours to hand out bags of food to those who needed it.

“It takes a village,” Starrette said. “I couldn’t have done it without them.”

The first fundraiser was held on Facebook Live on November 19. Animal Hospital of Statesville, where Chaffin works, donated $1,500 to purchase food for the event. Ingles of Statesville donated food along with paper bags to help distribute the food.

“We are so thankful to Ingles,” Starrette said.

Friday night a large group got together to pack the bags. Starrette made a last minute trip to ALDI where she bought 360 packets of gravy.

She was afraid they weren’t going to accomplish their goal at first.

“I was pretty worried with the food shortages. I was worried with we wouldn’t pull it off,” Starrette said. “The donations made all the difference. We kicked ass!”