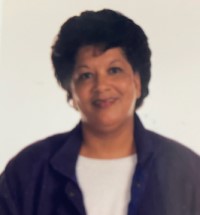 Mrs. Nancy Marie Wellman Jones, beloved daughter of the late Lewis and Myrtle Smyre Wellman, was born in Iredell County, N.C., on March 23, 1950. She departed this life at her home on Tuesday, February 16, 2021.

She attended Unity School. She was baptized at St. Peter Baptist Church and attended Philadelphia United Methodist Church. Prior to her retirement, she was employed by the Iredell-Statesville School System as a dietician. In addition to her parents, she was preceded in death by a son, Billy Jones; brothers, Joe Wellman and Lonnie Wellman; her mother-in-law, Helen Jones; her father-in-law, Jesse Lee Jones; and her sister-in-law, Daisy Boddie. She was married to Billie Jones, who survives.

Celebration of Life Services will be conducted Saturday, February 20, 2021, at 1 p.m. at Rutledge and Bigham Funeral Home. Pastor Kristy Burnette will officiate and burial will follow on Tuesday, February 23, 2021, at 1 pm at Iredell Memorial Park.

Visit the Book of Memories for Mrs. Jones at www.rutledgeandbigham.com.

Rutledge and Bigham Funeral Home is serving the Jones Family.