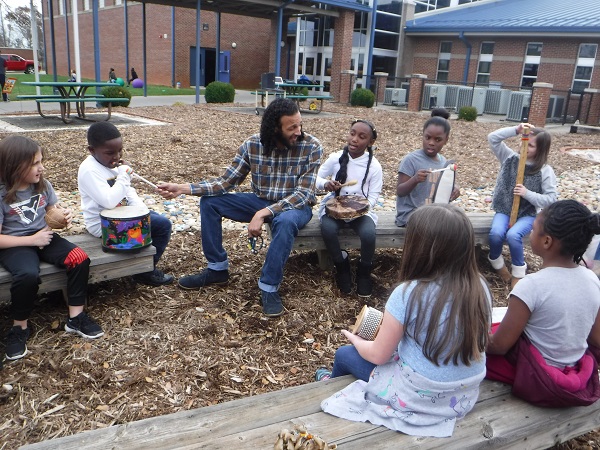 Cloverleaf Elementary School held a Pow Wow on Tuesday to celebrate the first Thanksgiving and learn about Native American culture and history.

Cloverleaf Elementary School celebrated the first Thanksgiving in America shared between the Pilgrims and Native Americans.

On Tuesday, the second-graders assumed the role of Native Americans as the enhancement teachers and staff held a Pow Wow inside and outside of their school. The students rotated through five different stations, spending about 10 minutes at each site.

“It’s to make them aware of Native American traditions. They learn about the music and dance, culture, folklore and the foods that they ate,” explained science teacher Regena Hall.

Hall staffed the snack station and spoke to students about the foods that Native Americans ate. Students sampled dehydrated meat, dried fruit and popcorn – giving them a small taste of the foods that were served at the first Thanksgiving.

Second-grader Messiah Simmons shared some of the knowledge that he’s learned about the Pilgrims and Native Americans.

“The Wampanoags,” he said, “a group or band of Indians. They taught them (Pilgrims) how to hunt for food and planted corn.”

“They hunted deer and other animals. They moved around a lot and didn’t wear clothing like us today,” said Layla Hill, 8.

She liked learning about the clothes Native Americans wore and about the foods that they ate.

On Thanksgiving Day her family will eat turkey and stuffing, ham and chicken legs. On the first Thanksgiving, “it was deer, corn and sweet potatoes,” Layla explained.

Meanwhile, at the music station outside, students played drums, rattles, bells, rain sticks and rasps. Some students had hand-painted Native American designs on their face. Some of the popular symbols represented Fast, Friendship and Peace.

“Both of these are North Carolina Native American songs,” he explained.

Smith said that students have been learning about Native Americans and the Pow Wow helped students tie it all together.

“This is our second time doing this and hopefully next year it will be all grade levels all day long,” he said.

The IB program encourages students to be life-long learners and challenges them to be inclusive when learning about different cultures. 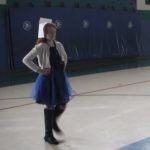 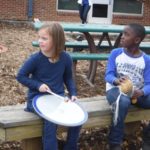 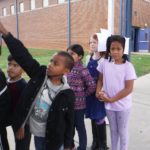 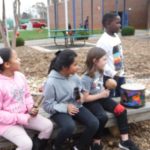 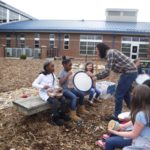 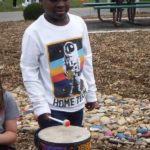 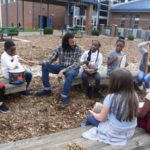 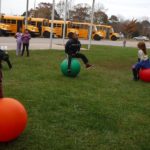 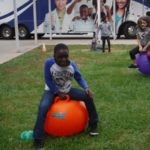 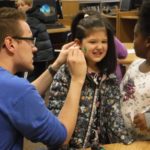 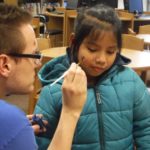 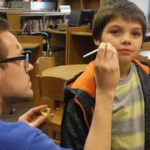 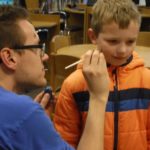 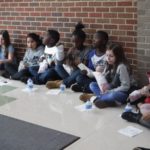 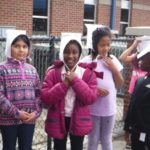 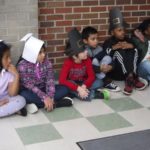 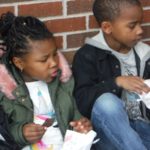 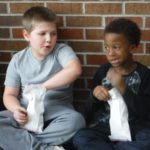