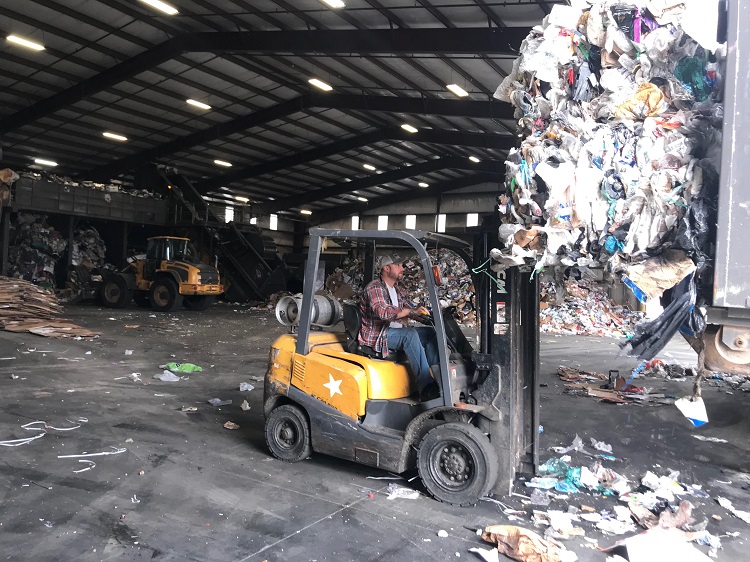 Faced with the prospect of paying a new fee from Benfield Sanitation in 2020, local government officials in Statesville and Mooresville want residents to stop putting glass bottles and jars in their recycling containers.

The reason for the request is simple: There is currently no market for recycled glass so Benfield, which accepts recyclable materials from both municipalities, must pass along the cost of dumping it in the landfill.

Based on a fee of $20 per ton and the amount of glass each municipality delivered to Benfield’s Material Recover Facility in 2019, Statesville would have to pay about $12,500 in tipping fees and Mooresville more than $50,000 in the coming year.

Both municipalities were notified of the new fee in October.

Mooresville officials have been trying to get the message out with a social media campaign throughout December, and Statesville Mayor Costi Kutteh has asked residents to start putting glass in their regular trash containers.

“I hope the citizens of the city will immediately stop putting glass in their recycling,” Kutteh said during the most recent City Council meeting. “That change can limit that expense, and I am hoping the citizens of Statesville will adapt to this change quickly.” 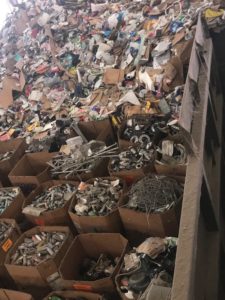 Dozens of materials are included in the recycling stream every week that must be sorted or removed from the stream if  cannot be recycled. An assortment of nonrecyclables ranging from food waste to car parts littered the floor of the facility before being picked up for transport to the landfill.

The process of sorting the recyclables is a complex one that involves separating different metals, plastics, cardboard and glass. There are multiple conveyor belts, magnets, air streams and 18 employees involved in the sorting process.

Benfield employees said eliminating those plastic bags from the recycling stream would make their jobs much easier.