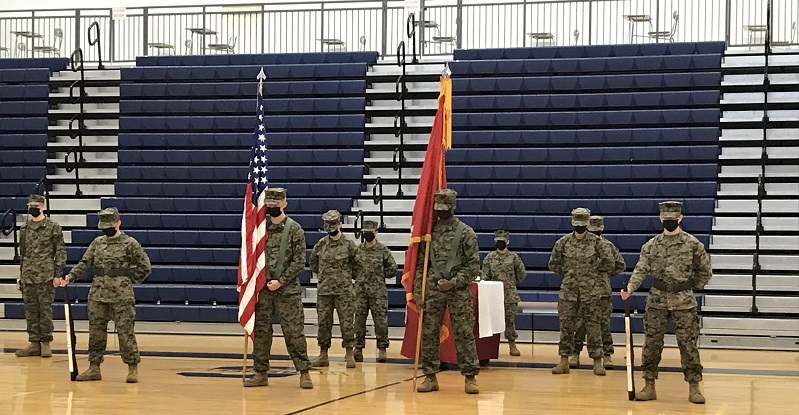 Each year, the Marine Corps JROTC cadets of South Iredell High School hold a cake-cutting ceremony the week of the Marine Corps birthday. The ceremony includes a color guard, a video message from the U.S. Marine Corps Commandant, a representation of the local Marine Corps League, and other members from the school, district, and community. Organizers of the ceremony invite the oldest and the youngest Marine in attendance to be presented with the first two slices of the birthday cake. This year the oldest Marine was Jack Cline, and the youngest was Cadet Jack Orlando. 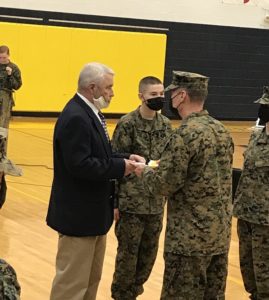 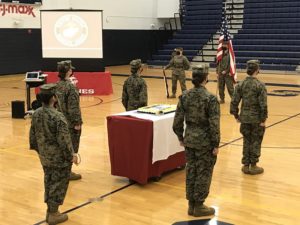 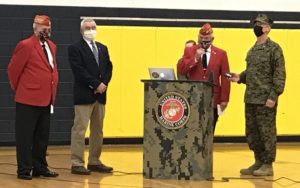 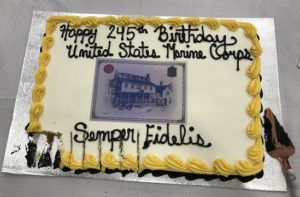 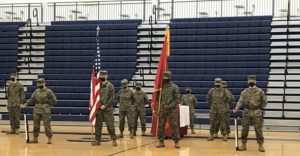