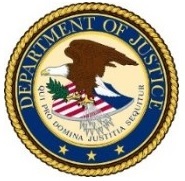 Two Statesville-area men have been sentenced to serve time in federal prison for the theft of four firearms.

Andrew Murray, U.S. Attorney for the Western District of North Carolina announced the resolution of the prosecutions of Niseem Booquan Clay and Devin Quamaine Templeton in a news release.

Templeton, 23, was ordered to serve 48 months in prison and two years of supervised release by Judge Bell. He pleaded guilty on September 17, 2019, to possession of a firearm by a felon.

According to admissions made in court in connection with their guilty pleas and information introduced at their sentencing hearing, on September 19, 2018, in the early morning hours, Clay and Templeton broke into Mr. G’s Pawn & Trade, a business located in Taylorsville.

The defendants stole four firearms from the pawn shop and drove away in a stolen SUV vehicle.

Templeton was the driver of the vehicle, and Clay was a passenger in the back seat. During the traffic stop, officers recovered three of the four stolen firearms, and 52 rounds of ammunition.

Clay and Templeton are currently in custody. They will be ordered to report to the federal Bureau of Prisons to begin serving their sentence, upon designation of a federal facility. All federal sentences are served without the possibility of parole.