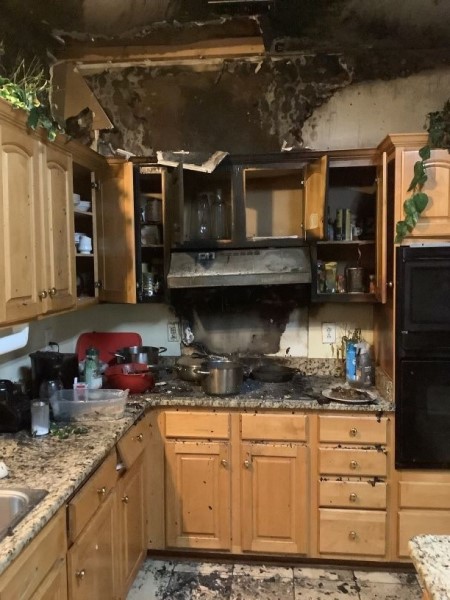 Fire officials in Mooresville credit a working smoke alarm for saving the lives of a family after food left cooking unattended on the stove caused a fire on Monday in the Winslow Bay community.

Dispatched at 1:17 a.m. for a reported house fire on Comata Road, Mooresville Fire-Rescue firefighters arrived just six minutes later to find the kitchen on fire with all occupants outside and uninjured. The fire was extinguished within 10 minutes and damage was limited to the kitchen.

After investigation, Assistant Fire Marshal Jason Workman determined an occupant began preparing a late-night snack on the stove but became distracted and fell asleep in an adjacent room. According to Workman, a smoke alarm in the upstairs hallway activated and alerted the other occupants giving everyone time to safely evacuate the home.

“If it wasn’t for the smoke alarm sounding and quick reaction by the residents, this very likely would have been a tragic fire with the loss of one or more lives,” said Workman. “This is an example of why we remind everyone to not only have smoke alarms in their homes, but to make sure they have batteries and are working by testing them each month.”

Workman also highlighted another important reminder for those “midnight snackers” to avoid preparing cooked food when tired or easily distracted. Unattended cooking fires are one of the leading causes of accidental fires in Mooresville, as well as across the country.