The number schools in the Iredell-Statesville schools impacted by positive tests or possible exposure to COVID-19 declined during the week of February 12-18.

According to the latest I-SS COVID-19 dashboard, seven staff members and 20 students in district schools tested positive during that week. The district said seven of the cases were linked to secondary spread within schools.

I-SS and the Iredell County Health Department notified parents of students at 12 district schools about possible exposure. That number is down sharply from recent weeks.

Parents with students in the following schools were notified:

A total of 72 staff members quarantined or isolated during the week of February 12-18 due to possible exposure or symptoms.

Meanwhile, 626 students (less than 4 percent of district students) quarantined or isolated for the reason. 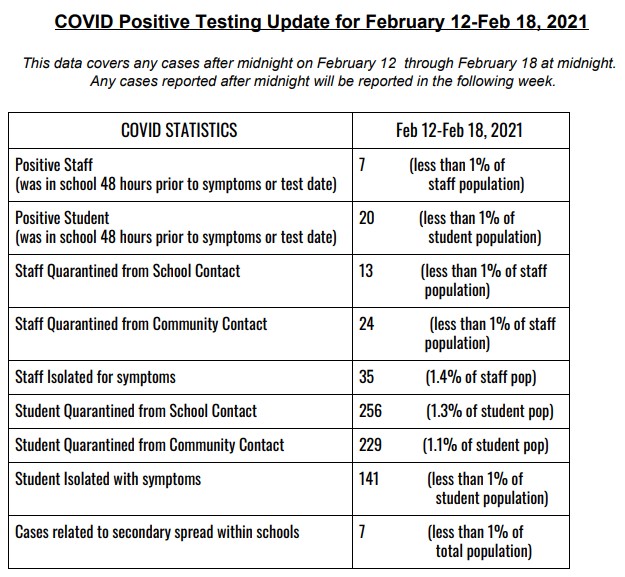