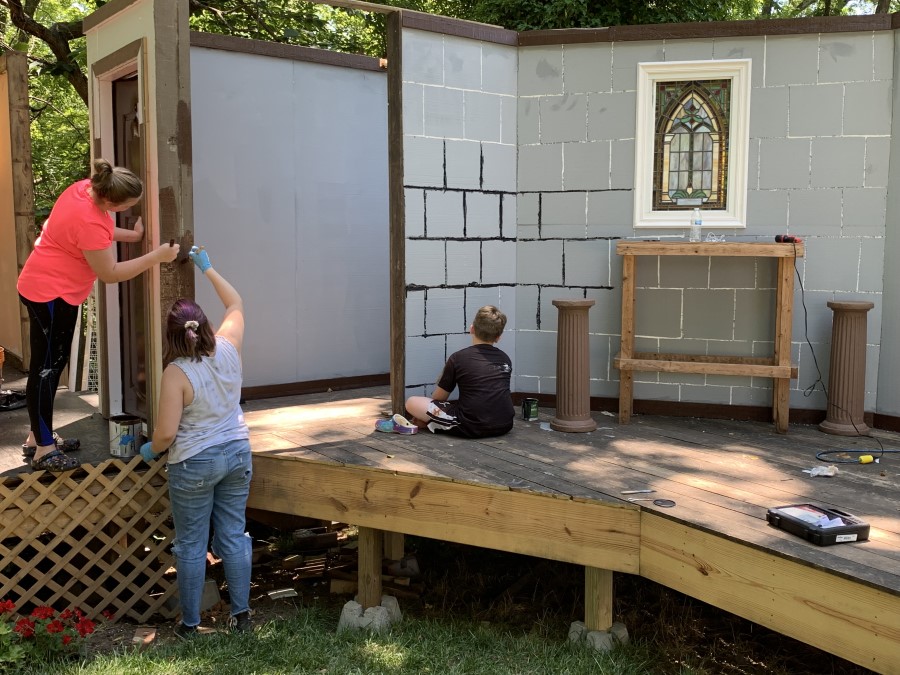 Performances are scheduled for June 24-26 at The Historic Sharpe House in Statesville.

As the dates draw near, Keith Rhyne, site manager of the Historic Sharpe House, is very excited.

“There’s a certain set of magic when it comes to Shakespeare at The Sharpe House,” said Rhyne, who pays careful attention to every detail.

“We now have our own Verona rose that grows here,” he said. “The red rose represents Juliet.”

The rose was found growing solitary at the edge of woodland stage. It was photographed by Coley Johnson and is used as the Romeo & Juliet logo.

“He clamors around nightly and compliments the play,” Rhyne shared.

Two birds are important to the story of Romeo & Juliet. The lark sings at dawn and the nightingale sings in the evening. Later, the lark alerts imminent doom.

Although the Nightingale is not native to the United States, The Historic Sharpe House has a pair of birds that contribute to the play.

“We have a blue mockingbird that we call our pet,” Rhyne said. “It’s native to Mexico, but it migrates here.”

Something else unexpected happened that added magic to the play.

When the seating areas were made and partitioned off by new flower beds, Rhyne found other treasures.

Rhyne thought they would make great props, and they are now important pieces of Romeo & Juliet.

“We have other surprises in store too,” he shared. “They’ll be revealed during the performance.”