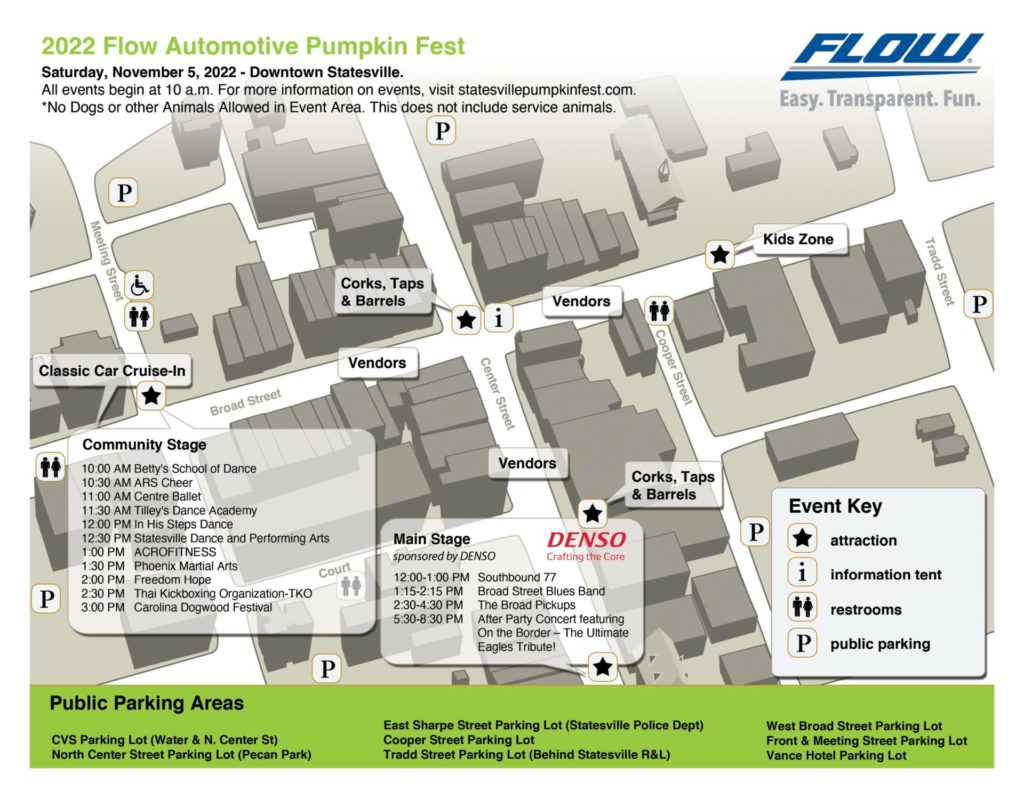 The streets will be bustling with people and downtown will be filled with live music, arts and crafts, great food, shopping, children’s activities, and much more from from 10 a.m. to 5 p.m.  Stay after for the festival for the DENSO After Party featuring On the Border, The Ultimate Eagles Tribute from 5:30 to 8:30 p.m.

Organizers have worked to attract some new vendors along with some old favorites.

Organizers will be hosting a variety of music and entertainment, including Southbound 77, Broad Street Blues Band, and The Broad Pickups on at the Main Stage, sponsored by DENSO and hosted by WAME Radio. Numerous other performances will happen throughout the day, including demonstrations of dance, gymnastics, and martial arts on the Community Stage located.

Kids will be entertained all day long in the Kids Zone, which will offer a variety of inflatables, including a 20-foot slide, 15-foot slide, bounce house, 40-foot obstacle course, and Kiddie Playland. All rides are professionally staffed. Single tickets will be $1 each and Wristbands will be $10 for unlimited rides throughout the day.

West Broad Street will transform into a large parking lot of classic cars (1992 and older) during the 2022 Statesville Pumpkin Fest during the Classic Car Cruise-In. All cars must enter at West Broad Street from Mulberry Street in front of the Mitchell Community College Main Campus. You may enter Mulberry Street from either West Front Street or West End Avenue beginning at 8:30 a.m. You may leave anytime.

Downtown restaurants and stores will also be open throughout the day. Admission to the festival is free, although some of the activities will charge a fee. The event will take place rain or shine.