Ten successful women shared their life stories throughout the weeklong program on the campus of Mitchell Community College, offering advice and words of encouragement.

“Sen. Vickie Sawyer’s backstory and message and all that she’s been through was inspirational to me,” said Anna Rufty, a rising ninth-grader at North Iredell High School.

Sawyer, who spoke on Monday, shared that she grew up in poverty, had a social worker and lived in foster care. As a child, she was also a member of the Boys & Girls Club in Winston-Salem.

“Don’t let your circumstances dictate your future,” Sawyer told the girls, encouraging them to surround themselves with people who are going to respect them.

On Tuesday, Iredell County Board of Commissioner Vice Chair Melissa Neader spoke to the girls and shared a gripping account of what it was like to grow up in a household with an abusive father.

She said that she’s never shared her “full story,” but she wanted the girls to know that they are strong and can overcome any circumstances.

“I wasn’t born 54 in this position (as county commissioner),” Neader said. “Everything that I’ve gone through has made me stronger. When you have your tough days, you’ll get through it.”

On Wednesday, Greater Statesville Chamber of Commerce President Shannon Viera led the girls in an exercise to help discover their why or purpose. She had the girls draw out three experiences and find similar patterns to what was happening.

“This is a safe place,” Viera told the girls. “You can share with the group your experiences or your why. We are all here to support you.”

At the end of the presentation, a few of the girls shared out loud their own experiences, such as being adopted or living with a family member who suffered from kidney failure, as well as their hopes and goals.

Afterwards, a few of the girls and adults told the girls that spoke that they too were adopted or that they had family members going through serious health issues.

On Thursday, Iredell County native Alvera Lesane, who works as assistant superintendent of human resources with Durham Public Schools, told the girls about her role in hiring employees for a large school system.

Lesane told the girls that she bases many of her hiring decisions on whether or not the person has a good attitude. She also cautioned them to post responsibly on social media. Employers check what they are posting, and that could be the difference between getting a job or being passed over.

During the City Hall tour, the girls met Mayor Costi Kutteh and heard from the top women in city government, including the Information Technology director and a lead police investigator. These leaders spoke candidly and honestly about what it was like to work in male-dominated fields, and shared shared career advice.

One of the biggest takeaways came from Statesville Police Investigator Christy Cleary. She told the girls that posts on Snapchat and other social media sites can be recovered even if they are deleted — which was an eye-opening moment for the group.

The camp also included breakout sessions that allowed girls to learn about ways to plug into the community and earn college and career credit in high school.

“There has been an emerging theme that has started to come out through all of this of overcoming and embracing opportunity,” said organizer Brady Johnson.

“We use the word inspire. I hope the kids are inspired by some of the things that that’ve seen,” Johnson added.

Another highlight of this camp was that 25 professional women, including banking executives and higher education professionals, have volunteered to become mentors for the participants all the way through high school.

Johnson said his goal was to honor Abby’s memory.

“I feel like this camp has honored her memory, and that she would be pleased with how things are going this week,” Johnson said.

Abby Winthrop loved helping kids more than anything. Anyone who met the young lady from Iredell County knew that.

They also likely knew of her bravery — undergoing eight open heart surgeries — and her tenacity as a rare childhood heart disease survivor who battled lung disease and its impact for most of her 25 years.

Winthrop lost her battle shortly before her college graduation on July 1, 2019. However, her legacy lives on through the Abby Winthrop SMART Girls program, which is run in partnership with the Boys & Girls Club of the Piedmont.

This week the Abby Winthrop program sponsored the all-girls weeklong Inspiring Women’s Leadership Conference camp with around 40 girls in attendance. This included transportation and catered lunch each day.

Abby’s mom, Vicki Winthrop attended the camp Monday and Tuesday and spoke to the girls about Abby. While she was pleased with what was happening, she admits that it was hard to be there and a lot of emotions surfaced.

Winthrop said her daughter was “kind, empathetic and incredibly brave” and that’s how she wants her to be remembered.

The camp is a gift from the Winthrop family.

“The things that it takes sometimes for females to get through in this world, it’s not always easy. To be seen and heard sometimes you have to have more people on your team, on your side,” Winthrop said. “These girls deserve every opportunity.”

The Abby Winthrop SMART Girls program has offered a variety of resources to local girls ages 8 to 17, with the goal of helping each girl achieve academic success, healthy lifestyle choices and character and leadership development. Participants are given opportunities to practice their new acquired skills through a variety of community service projects. Scholarships are also available to girls upon successful completion of high school. 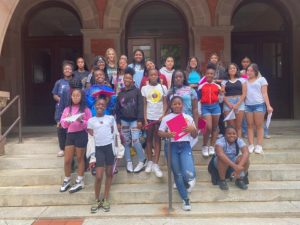 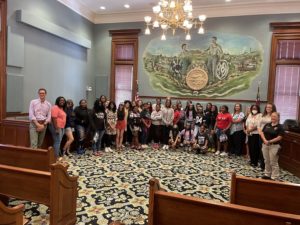 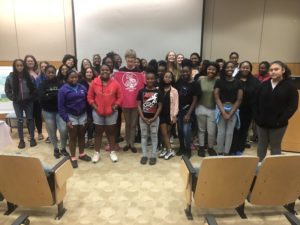 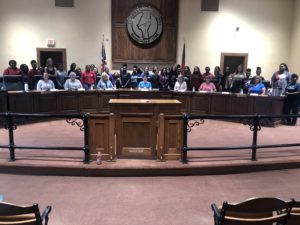 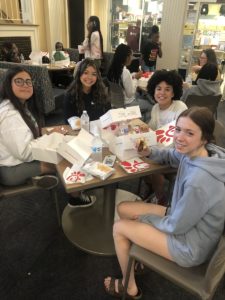 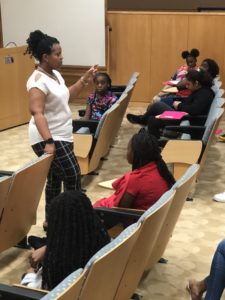 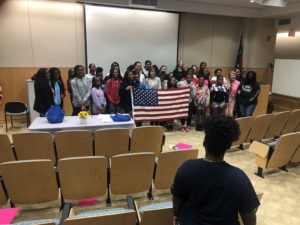 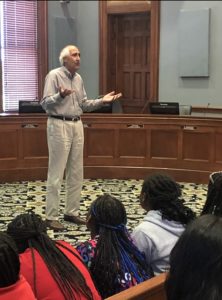 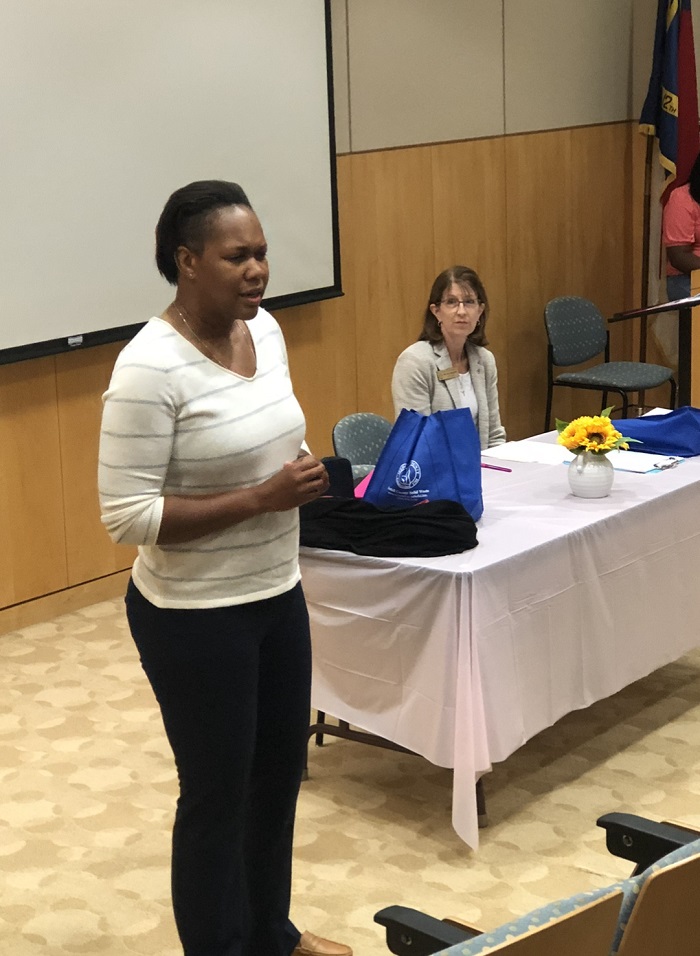 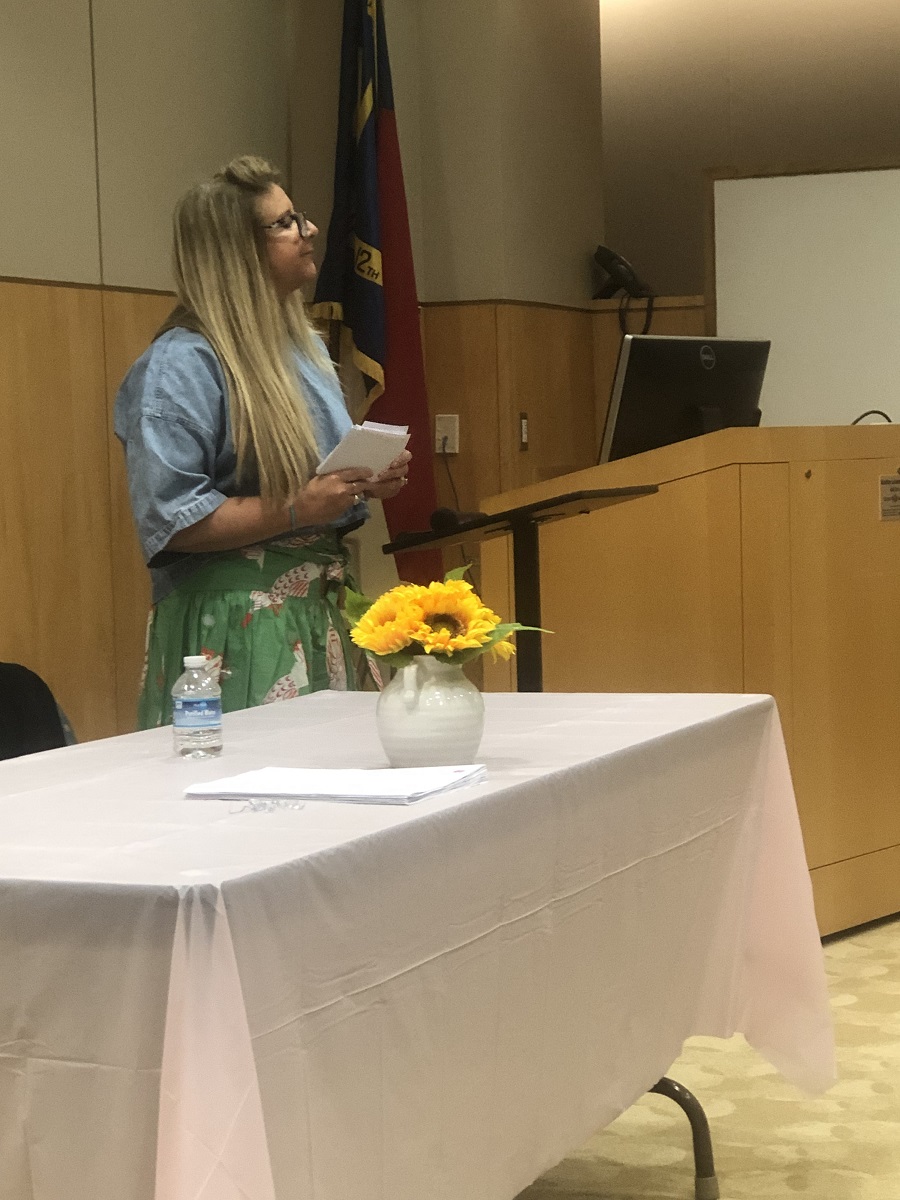 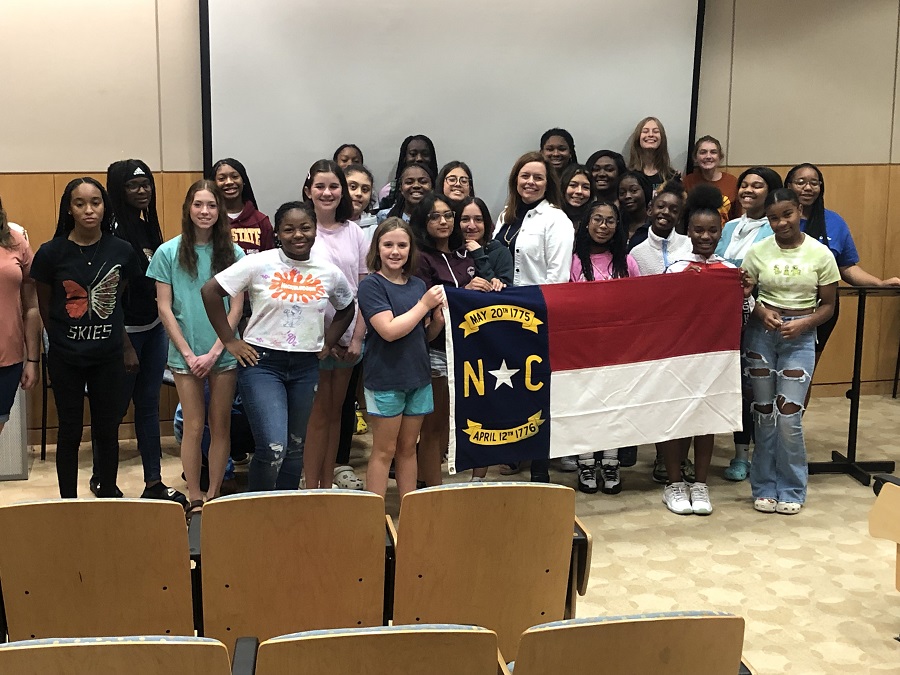