Sheldon Candis announced as first recipient of ‘The Buzz’ award

Sheldon Candis started a buzz at the Sundance Film Festival in 2012 with his film “Luv” that has continued growing over the past decade. 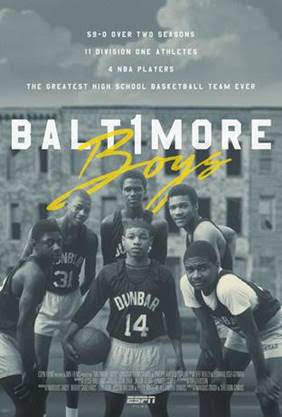 The award-winning director and North Iredell High School graduate has worked with everyone from Lebron James and Misty Copeland to Common, Danny Glover and Idris Elba.

For his decades of achievement in film, Candis will be presented with the Full Bloom Film Festival’s “The Buzz” award on Friday, September 9. This will be a return to the festival for Candis, who has previously screened a film at the festival.

Candis will be attending Full Bloom’s red carpet event, which will feature a showing of his feature-length documentary “Baltimore Boys,” and an after-party with live music by the band N-Spire. Candis’ father, Freddie Morrison, is a member of the band and will be taking the stage.

The film screening will be held in Mitchell Community College’s Shearer Hall and is a ticketed event. The after-party will take place at the Iredell Arts Council’s Old Jail and is open to the public.

“I am super excited to share my ESPN original documentary film, “Baltimore Boys,” (which is about) the former Charlotte Hornets point guard Muggsy Bogues, who was the point guard of arguably the greatest high school basketball team America has ever known,” Candis said. “I hope it inspires you, and I can’t wait for the fest this year.”

“We are honored to have a filmmaker as accomplished as Sheldon returning to the festival to share his work,” said Iredell Arts Council John Koppelmeyer. “It promises to be an incredible evening celebrating Sheldon’s many achievements in film, as well as enjoying a fantastic party for the community.”

Tickets for the Full Bloom Film Festival are on sale now, and can be purchased at https://www.fullbloomfilmfestival.org/tickets/