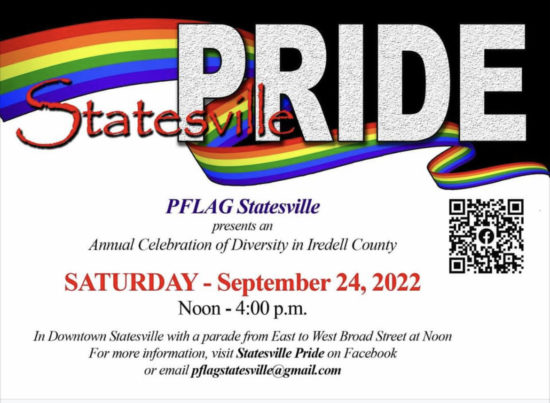 The family friendly event, which runs from 12 to 4 p.m., is a celebration of diversity in Iredell County. Organizers said it is an opportunity to show appreciation to “the brave souls” who made the Pride march on June 20, 2021.

There will be food trucks and vendors and live musical entertainment. No pets please.