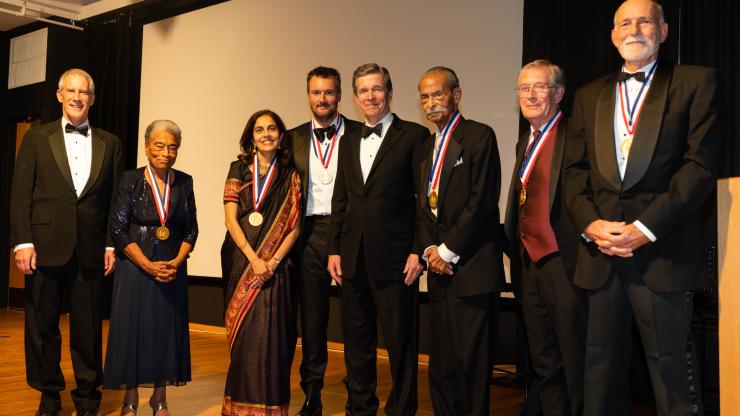 RALEIGH — Six distinguished North Carolinians were presented the North Carolina Award, the state’s highest honor, by Gov. Roy Cooper earlier this week during a ceremony at the North Carolina Museum of Art. The award recognizes significant lifetime achievements in the areas of fine arts, literature, public service and science.

The North Carolina Award was established by the General Assembly in 1961, and the first medals were presented in 1964. Since then, more than 250 notable men and women have been honored by the state of North Carolina.

The awards are administered by the N.C. Department of Natural and Cultural Resources.

For more information and for bios of the winners, visit http://ncdcr.gov/NCAwards.