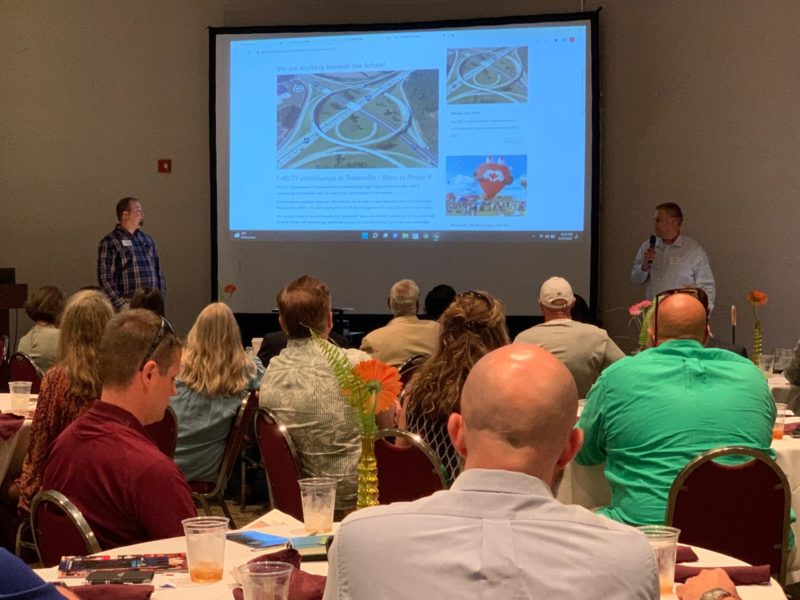 Since being formed in 1999, the SCVB has encouraged travelers to visit Statesville through funding from the City of Statesville’s occupancy taxes, which are paid by patrons of local hotels, bed and breakfasts, and Airbnbs.

“Here recently there have been no rooms at the inn in Statesville on most weekends,” SCVB Executive Director Cindy Sutton said.

She also shared that the occupancy tax generates $1.4 million a year. And that’s just the beginning of what visitors contribute to the local economy.

“The story I am trying to tell you is that last night in Statesville visitors spent around $172,000,” she said. “That’s $63 million per year in revenue.”

“Tourism is the fertilizer for economic development in Statesville,” Sutton explained. “Let’s work together to grow it!”

Highlights from the plan include three initiatives: branding, supporting the improvement/expansion of visitor experiences, and tourism framework for long- term success.

Meanwhile, SCVB has contracted with the Luquire Company from Charlotte to help market Statesville.

He shared that North Carolina is the fifth-most popular destination nationally and that 80 percent of travelers come back to visit. Luquire will create media to help Statesville gain more attention.