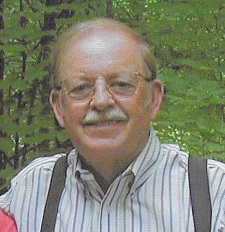 Mr. Starrette was born February 7, 1938, in Iredell County and was the son of the late Allen Gay Starrette Sr. and Lula Vance Hartness Starrette.

He was a 1956 graduate of Statesville Senior High School and served in the National Guard as a Photographer. On November 22, 1979, he married Ann Foy Starrette, who survives. They are members of Davidson United Methodist Church in Davidson, N.C.

Following high school, Tom worked with his family business, Starrette’s Printing and Office Supplies in Statesville. He later became the owner and operator of Enterprise Printing and Office Supplies in Mooresville, N.C. This business served the Lake Norman Region for 40 years before he retired in 2008. In recent years, he and his wife Ann enjoyed spending time at the family farm near Statesville.

Funeral services will be held at 2 p.m. on Thursday, December 12, 2019, at Davidson United Methodist Church with Dr. Rev. Jody Seymour and Rev. Sally Langford officiating. A private family burial will follow in Oakwood Cemetery, Statesville, N.C. The family will receive friends on Thursday from 1 to 2 p.m. at the church. Mr. Starrette will lie in state at Troutman Funeral Home on Wednesday, December 11, 2019.

In lieu of flowers, memorials may be made to the Starrette Farm Retreat Memorial Fund, c/o Nancy Bellamy, 4470 Gatlin Knoll Lane, Clemmons, NC 27012 or the Gordon Hospice House, 2347 Simonton Road, Statesville, NC 27625. Online condolences may be made to the family at www.troutmanfuneralhome.com