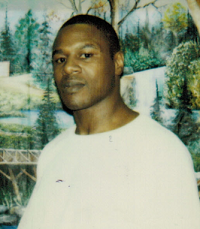 Alan Bruce Alexander was born in Philadelphia, Pa., on December 16, 1964, to Theodore Roosevelt Alexander and Aleen Mattox Alexander. His father, Theodore, preceded him in death on June 20, 1991. Alan entered into eternal rest on August 18, 2020.

Alan attended Philadelphia Public Schools and Iredell-Statesville Schools. He graduated from Statesville Senior High School in June 1983. Shortly after graduation, he obtained a job working in the manufacturing field.

The call was sudden, the shock severe.
With little thought such grief was near.
Only those who have lost loved ones can tell,
the pain and parting without farewell.

A Celebration of Life Service will be held on Monday, August 24, 2020, at Rutledge and Bigham Funeral Home, Statesville, at 2 p.m. Reverend Jerome Byers will officiate.

There will be no public visitation. Unfortunately, with the COVID-19 pandemic, Rutledge and Bigham Funeral Home, along with other funeral homes across the country, have been issued a mandate to limit the number of family and/or friends at funeral services. You can only enter the funeral with a funeral pass, which will be given to the family.

Visit the Book of Memories for Mr. Alexander at www.rutledgeandbigham.com.

Rutledge and Bigham Funeral Home is serving the Alexander Family.