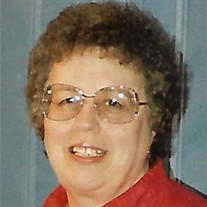 She was born in Monico, Wis., on March 12, 1935, to the late Raymond Mueller and Irene Ruttan Mueller. She was preceded in death by her husband, Gerald (Jerry) Olson; sister, Diana Kramer; and brother, Dwayne Mueller.

Mrs. Olson graduated from Rhinelander High School and was retired as an administrator with City of Anchorage Health Department.

Memorials may be given to Hospice and Palliative Care of Iredell County, 2347 Simonton Road, Statesville, NC 28625.

Fond memories and condolences may be left at www.nicholsonfunerals.com. Nicholson Funeral Home is serving the family.