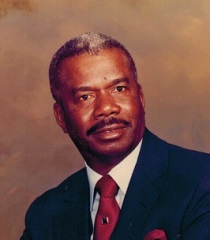 Emanuel “Dag” Lackey was born on November 26, 1929, to the late Jacob Holberth and Ella Belle “Patsy” Lackey in Baltimore City, Md. He entered into eternal rest Monday, September 7, 2020, at the Gordon Hospice House in Statesville, N.C., following a period of declining health.

After his mother passed at an early age, he was raised by his late great-aunt Mollie Lackey (Revere) Tuck. When he lived with Mollie Tuck, he acquired the last name Tuck and was fondly called “Dag.” After the death of his Aunt Mollie, Mollie’s children, the late Viola “Prin” Tuck (Ervin) Blackwell and Elizabeth “Sis” Tuck (Robert) Chambers continued to raise “Dag” as their sibling. He was preceded in death by his maternal grandparents, Mallie and Mammie Houpe Lackey; a grandson, Roderick “Roddy” Davis; and a nephew, William “Chico” Blackwell Jr.

Dag retired from the Iredell-Statesville School System after many years as a dedicated custodian, He was known throughout the community as a gentle soft-spoken spirit. His taste for fine cars and attire was exquisite. He provided a social place for the black community to enjoy, music, spirits and good times. He lived a long life with no regrets.

Dag will be missed by many here at his earthly home, but he is now rejoicing in the arms of Our Lord & Savior Jesus Christ when he exchanged labor for reward in the Master’s Kingdom.