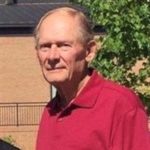 He graduated from Farmingdale Agriculture and Technology College with an Associate’s Degree. After graduation, he applied and served as a New York State Trooper from 1962-1982 in the upstate area of Herkimer County and surrounding area of New York. In 1963, he married the love of his life, Linda Clark. During this time, he was an active member of the East Herkimer Snowmobiling Club as well as the Mason’s. In 1983 he began his second career at Herkimer County Trust, holding the positions of security officer, loan officer and an assistant manager. He stayed with the bank for 20 years, retiring in 2003. During this time, he continued his public service by becoming a volunteer fireman for the East Herkimer Volunteer Fire Department; as well as a legislator for the Herkimer County Legislature from 1997 to 2003. He worked for the Herkimer County Sheriff’s office in the capacity of judge over the inmates.

He retired and moved to Mooresville in 2004. Here he continued his public service by becoming a board member of the HOA in The Woodlands as well as a member of the EnergyUnited Foundation Board for six years (2009-2015). It is during this time he was diagnosed with Alzheimer’s and in the serving manner that he lived his entire life he volunteered to test drug protocols to cure Alzheimer’s. It was also during this time that he volunteered to be a member on the Honor Flight escorting a United States Veteran to Washington, D.C. He was a lifelong fan of the Dallas Cowboys, NASCAR and the New York Yankees.

He is survived by the love of his life and wife of 56 years, Linda. His children are Kelly Hartmann, Brian Lawson (Cindy), Heather Lawson (Jeff), Kevin Lawson and Rachel Lawson. His seven grandchildren and five great grandchildren are Joshua (Niki, Aubree, Carson); Sarah (Gabe, Andrew); Troy (Bailey); Brian (Arianna, Sophia and Jace); Gavin; Brooke and Alice. He is also survived by a sister-in-law, Bonnie Torre, and a niece and nephew, Kim and Drew.

The family will receive friends on Thursday, July 2, from 6 to 7 p.m. with a service following at 7 p.m. at Cavin-Cook Funeral Home Chapel.

In lieu of flowers, memorials may be made to Hospice and Palliative Care, Cabarrus County, 5003 Hospice Ln, Kannapolis, NC 28081 or the Alzheimer’s Association, 225 N. Michigan Avenue, Floor 17, Chicago, IL 60601

Cavin-Cook Funeral Home & Crematory, Mooresville, is serving the Lawson family. Condolences may be made to the family at www.cavin-cook.com.