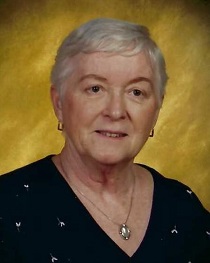 Helen Jeanette Ralph Ferron, 86, of Statesville, N.C., passed away Saturday, October 10, 2020, at her residence. Born September 10, 1934, in Painesville, Ohio, she was the daughter of the late Thomas Robert Ralph and Frances Roseum Ralph.

In addition to her parents, she was also preceded in death by one sister, Gretchen Perrin; her husband of 59 years, James Robert Ferron, who passed away in 2015; and two sons-in-law, William Patrick Levan and William Howard Talbert.

Helen was a very active lady. She expressed her creative designs through making pottery. She was a potter for Roscoe Village in Ohio and later taught Pottery at Mitchell Community College.

She was a member of St. Philip the Apostle Catholic Church, where she served in the Ladies Auxiliary. Helen served as president of the Elks Lodge Ladies Auxiliary; served in various roles in the Artist Guild and volunteered at Iredell Memorial Hospital for many years.

Helen will always be remembered for her love and compassion, but also for being her husband’s “cohort in crime” and being “Queen of the Ya-Ya Sisterhood.”

A Mass of Christian Burial will be held Saturday, October 17, 2020, at 11 a.m. at St. Philip the Apostle Catholic Church with Rev. Father Thomas J. Kessler officiating. Burial will be private.

The family will speak to friends following the service and gather at the residence of Maureen and James Price.

In lieu of flowers, memorial donations may be made to Shriners Hospitals for Children, Processing Center, P.O. Box 863765, Orlando, FL 32886 or to St. Philip the Apostle Catholic Church, 525 Camden Drive, Statesville, NC 28677 or to Hospice and Palliative Care of Iredell County 2347 Simonton Road Statesville, NC 28625.

Those wishing to leave a condolence online, may do so at www.bunchjohnsonfuneralhome.com.

Bunch-Johnson Funeral Home is honored to be serving the Ferron family.