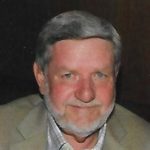 Jimmy was born June 15, 1943, in Iredell County and was the son of the late David Glenn McCoy and Allie Warren McCoy. He was also preceded in death by three brothers, Tom, Donnie and Ronnie McCoy; and two sisters, Billie Morrison and Mary Ann Summers.

Jimmy graduated from Cool Springs High School and worked for Statesville Insulation for 30 years and then started his own business, Do It Right Tile Co., where he worked until his retirement.

He is survived by his wife and best friend of 57 years, Janet Tilley McCoy. They enjoyed traveling and doing things together as a loving team.

Memorial Services will be held Sunday, February 2, 2020, at 3 p.m. at Providence United Methodist Church. The family will visit with family and friends from 1 to 3 p.m. prior to the service at the church.

In lieu of flowers, memorials may be made to the Providence UMC Building Fund, 1273 Old Mocksville Road, Statesville, NC 28625.