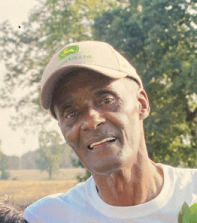 Mr. James “Jim” Whitfield Nichols, son of the late Fred Nichols Sr. and Ellen Hall Nichols, was born in Iredell County, May 10, 1947. He departed from this earth on August 16, 2020, following an extended illness.

He attended Unity High School and later joined the Army in September 1970. He served his country during the Vietnam War and was honorably discharged from the Army as a Corporal/Specialist 4 in 1974.

Mr. Nichols was a carpenter, farmer and mechanic, “a Jim of all Trades.” He started his career in landscaping/heavy equipment, with Jerry Turner when he left the military. Later he spent many years working with Leon Barker in the trailer industry and he remained close friends with both Jerry Turner and Leon Barker for life. Jim’s true love was his family, and he spent a lot of his time being a role model for the men in the family as well as his three daughters. Jim never met a stranger. His kindness and contagious smile was his gift to all that knew him.

In addition to his parents, he was preceded in death by his former wife, Claudia Nichols Redmon; his brothers, Fred Nichols Jr., Melvin Nichols, Terry Nichols, and Stanley Nichols; and his grandson, Stephen Benfield.

Celebration of Life Services will be conducted Sunday, August 23, 2020, at 1 p.m. at Rutledge and Bigham Funeral Home. Burial will follow on Monday morning, August 24, 2020 at 10 a.m. at The National Cemetery in Salisbury with Military Rites.

Visit the Book of Memories for Mr. Nichols at www.rutledgeandbigham.com.

Rutledge and Bigham Funeral Home is serving the Nichols Family.