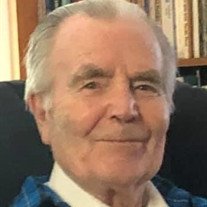 He grew up in Arizona and worked on horse ranches and cattle drives. He served in Korea during the Korean Conflict 1951-1953 as a Conscientives Objector – Med Tech. He was a member of Statesville Seventh Day Adventist Church. He married the love of his life Mildred Reed on January 10, 1954.

In addition to his parents, he was preceded in death by his sister, Namotia Gundelauch; grandson, Scott Rogers; and great grandson, Ethan Wayne.

Cavin-Cook Funeral Home, Mooresville, is serving the Lewis family. Condolences may be made to the family at www.cavin-cook.com.