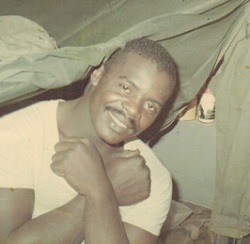 Mr. Joe Louis Blackwell, son of the late Lombe and Beulah Cowan Blackwell, was born in Harrisburgh, Pa., on March 14, 1946, and entered into eternal rest on April 2, 2020, at Accordius Health, in Charlotte, N.C.. He was married to Pauline Scott Blackwell, who survives. He was preceded in death three sisters, Carolyn Blackwell, Brenda Rankins and Francis Blackwell-Tucker.

Joe was a graduate of Unity High School, Class of 1964. He was a proud member of the United States Army, serving in the Vietnam War from May 1969-1970. He was a faithful member Greater New Mt. Olive Pentecostal Holiness. He served as Vice President of the brotherhood of the church, Vice President of the Usher Board, served on the financial committee of N.C. State Council, was a Sunday School Teacher and sang with OMS choir for many years.