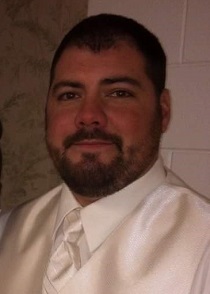 John was born November 24, 1982, in Iredell County and was the son of Karen Sherrill Williamson of Statesville and the late George Eugene Williamson Jr. He was a graduate of South Iredell High School, Class of 2000, and was a member of Wesley Chapel United Methodist Church. On November 9, 2013, he married Clinique “Nicole” Harris. He was working at Lowes Corp. in Mooresville. He loved his family, friends and enjoyed his hobbies.