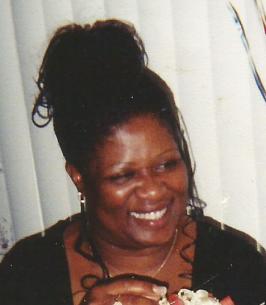 Mrs. Kassaundra Elaine Howell Harris, 66, of 447 Charles Street, Statesville, passed away at Presbyterian Medical Center in Charlotte, for, of 543 Monroe Street, Statesville, N.C., departed this life on Saturday, March 7, 2019, at Presbyterian Hospital, Huntersville, N.C., following an extended illness. She was born in Iredell County on October 15, 1953, and was the daughter of the late Samuel N. Howell and Margaret Louise Woods Howell.

She attended Statesville Senior High School and was a member of New Freedom Apostolic Church.

Celebration of Life Services will be conducted Wednesday, March 11, 2020, at 2 p.m. at Rutledge and Bigham Funeral Home, Statesville. Pastor Surtonia Burton will officiate. Burial will follow in the Belmont Cemetery. Members of the family will receive friends from 1 to 2 p.m., but will assemble at the residence of her son and daughter-in-law, Tory and Corrie Howell, 738 Park Drive, Statesville, at all other times.

Visit the book of memories for Mrs. Harris at www.rutledgeandbigham.com. Rutledge and Bigham is serving the family of Mrs. Kassaundra Howell Harris.