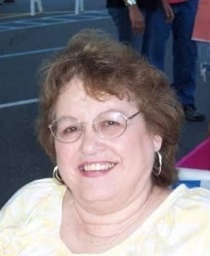 Marge was married to her best friend and soul mate, Billy Teal, on September 11, 1965, and together they shared 55 loving years. They were inseparable and together their marriage brought two children, Janet Teal Hebner and Michael Teal, both of whom survive. She also had a four-legged son, Bo-Bo, who is 12.

Marge was a loving wife, caring mother, compassionate grand and great grandmother and a loyal friend. Marge met Billy while they were both serving in the Army. Billy had trained Marge to take over his job and the two have been together ever since. They loved traveling places together and being with the family that she so dearly loved. She was a member of St. Johns Lutheran Church and was very involved within the church.

A visitation for Marge will be held on Thursday, November 12, 2020, at St. Johns Lutheran Church in Statesville at 1pm with a funeral following at 2 p.m.

Inurnment will be held at a later date.