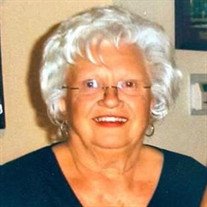 Marion married Thomas James Kelly and after his passing later married Charles Culler, who also preceded her in death. She was also preceded in death by a son, Jackie Kelly; her sisters, Eleanor Borkowski, Dorothy Fortus and Elaine Kandl; and brothers, Sonny Keorlet and Tommy Keorlet.

Marion worked for Johnson Greenhouse for a number of years before moving to Emerald Isle and enjoyed the beautiful coastal living. She was devoted to her Catholic faith and was a member of St. Philip the Apostle Catholic Church. She enjoyed cooking and had a passion and talent for arranging flowers. Marion was devoted to her family and cherished spending time with them. She will be deeply missed by all.

A funeral mass will be held at 11 a.m. on Tuesday, December 15, at St. Philip the Apostle Catholic Church with Father Thomas Kessler officiating. Burial will follow in Oakwood Cemetery. The body will lie in state starting at 12 noon on Monday leading up to the visitation from 7 until 9 p.m. on Monday evening at the funeral home.