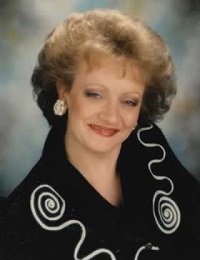 Sally Ruth Douglas Lippard, 59, of Statesville, N.C., passed away on Sunday, January 19, 2020, at her residence. She was born Sunday, August 7, 1960, in Alexander County to the late Kenneth Hall Douglas and Nancy Carolyn Brady Pope, who survives.

In addition to her father, Sally was preceded in death by her brother, Kenneth Dale Douglas.

The Funeral Service will be conducted at 3 p.m. on Wednesday, January 22, 2020, at Chapman Funeral Home. The Rev. Cokie Bristol will officiate. Burial will follow in the Stony Point Cemetery. The family will receive friends one hour prior to the service from 2 to 3 p.m.

Condolences may be sent to the Lippard family at www.chapmanfuneralhome.com

Chapman Funeral Home is honored to be assisting the Family of Sally Douglas Lippard.