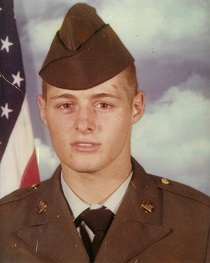 Terry Lynn Lambert, 56, of Johnson City, Tenn., went to be with the Lord Thursday, October 29, 2020. He was born November 26, 1963, in Iredell County, N.C., to the late Lonnie Franklin Lambert and Betty Jane White Lambert. He was also preceded in death by his brother, Rick Lambert, and brother-in-law David Lippard.

Terry graduated from North Iredell High School and then served in the Army Reserves for several years. After his service Terry was a driver for ShipX Inc. for 20 years before retiring in 2020. He loved to fish any chance he got and was a very good checkers player.

Reavis Funeral Home of Statesville is proud to be serving the family.