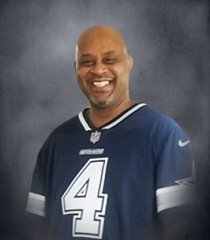 He attended Iredell County Schools and at the time of his death was employed by Ashley Furniture Company.

He was preceded in death by a brother, William P. Oglesby; his grandparents, Delaney Holland, Joe Henry Holland, James Oglesby and Barbara Oglesby. He was united in marriage to Melicia Blair Oglesby, who survives.

Visit the Book of Memories for Mr. Oglesby at www.rutledgeandbigham.com. Rutledge and Bigham Funeral Home is serving the Oglesby Family.