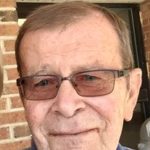 William Earl Siebenhaar, 76, of Mooresville, N.C., passed away on Saturday, May 30, 2020, at Gordon Hospice House in Statesville. He was born August 11, 1943, in Fairview Park, Ohio, to the late Earl William Siebenhaar and Elizabeth Ann Dyer Siebenhaar. Bill was an Application Engineer for General Electric for over 30 years and started enjoying his retirement in 2008. He was a loving husband, father, grandfather, and mentor. He proudly served his country in the U.S. Air Force. He enjoyed trains, model airplanes, camping, boating, fishing, and the beach.

No services are planned at this time.