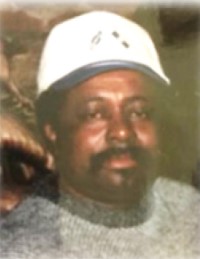 Mr. Billie Jones Sr., 77, of 1641 Newton Drive, Statesville, N.C., passed away at his home unexpectedly on Thursday, February 25, 2021. He was in Iredell County on October 26, 1943, and was the son of the late Jessie Lee Jones and Helen McDowell Jones. In addition to his parents, he was preceded in death by his wife, Nancy Marie Wellman Jones, who preceded him in death on Tuesday, February 16, 2021; and a son, Billy Jones.

He attended Unity School and prior to his retirement he was employed by Southern Screw and State Transportation as a mechanic.

Celebration of Life Services will be conducted Tuesday, March 2, 2021, at 11:30 a.m. at Rutledge and Bigham Funeral Home. Pastor Kristy Burnette will officiate and burial will follow at 1 p.m. at Iredell Memorial Park.

Visit the Book of Memories for Mr. Jones at www.rutledgeandbigham.com.

Rutledge and Bigham Funeral Home is serving the Jones Family.