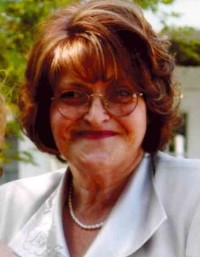 Carolyn was born March 28, 1950, in Statesville and was the daughter of the late Stanley Redmond and Margaret Ruth Horton. She was a 1968 graduate of Statesville High School and on December 7, 1972, she married Danny Allen Pennell, who survives, of Statesville. She loved her family, especially her grandchildren, and she was a hardworking lady. She easily made friends everywhere she went and was very generous and kind.

A celebration of life for Carolyn Pennell will be held at 4 p.m. on Friday, December 31, 2021, at Troutman Funeral Home. The family will speak with friends following the service.

Memorials can be made to The National Center for Missing & Exploited Children at www.missingkids.org or St. Jude Children’s Research Hospital at www.stjude.org.

Online condolences may be sent to the family at www.troutmanfuneralhome.com.