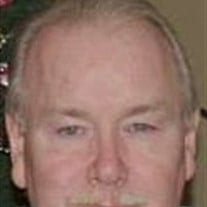 Charles Eichhorn of Mooresville, N.C., peacefully entered eternal life on Saturday, December 18, 2021, at his home. He was a deeply committed and faithful man to his family. Chuck was born on December 23, 1947, to Marie and Charles Eichhorn in Detroit, Mich., where he grew up with seven brothers and sisters, older sister Mary and younger sisters and brothers Margaret, Jerry, Cheryl, Kathy, Joseph, and Phillip. He attended and graduated from historic Holy Redeemer High School in southwest Detroit.

He married his wife and love of his life, Linda Kay Peeler, in 1966 at 19 years old. They had two children, Karen and Michael, and raised them in Macomb County, Mich. Chuck worked for Ford Motor Company before retiring early to care for Linda after she suffered a stroke in 1995. He cared for her faithfully with a kind, generous, selfless, and committed love for 26 years. This love was witnessed by everyone they encountered.

Chuck and Linda moved to Mooresville in 2012 to be closer to their grandchildren, Kaylynn Marie, Michael Wayne, and Erika Sue; their son and daughter-in-law Angela, whom he considered his daughter. Together they lived a very close and spirit lead life. His grandchildren were especially a great joy in his life.

Chuck believed in the strength of love and family. He was a Christian and allowed his life to be a testimony of love with all that he did. He will be missed and remembered for his huge heart and dedication to his family.

A small family celebration will be held at Cavin-Cook Funeral Home in Mooresville on December 21.

Cavin-Cook Funeral Home & Crematory, Mooresville, is serving the Eichhorn family. Condolences may be made to the family at www.cavin-cook.com.