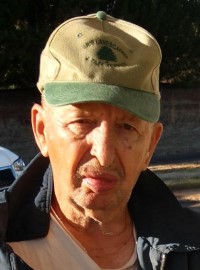 Claude David Blackburn, 76, of Statesville, N.C., passed away Thursday, August 19, 2021, at Gordon Hospice House. Born in Marion, Va., on September 14, 1944, he was the son of the late Wade William Blackburn and Fannie Ardene Teeters Blackburn.

Mr. Blackburn worked many years in construction and was owner/operator of Chilhowie Well Drilling Company.

In lieu of flowers, memorial donations may be made to Gordon Hospice House, 2341 Simonton Road, Statesville, NC 28625.

Thoughtful expressions of comfort may be left for the family at www.bunchjohnsonfuneralhome.com.

Bunch-Johnson Funeral Home is honored to be serving the Blackburn family.