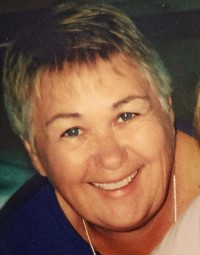 Cindy was preceded in death by her sister, Carole Hoffman Carter, and brother, Joe Hoffman, both of Dallas, N.C.

Cindy was very artistic and was known for her creativity. She was an avid gardener and loved working in her flower beds. She also loved trips to the coast, where she could be found searching for shells and dancing. Cindy was a loving and fun wife, mother, and grandmother whose sweetness and sass will be missed greatly.

Visitation will be held at Frank Vogler and Sons Funeral Home, 2849 Middlebrook Drive, Clemmons, N.C., on Sunday, January 9, from 2 to 3 p.m. followed by a memorial service at 3 p.m. in the chapel. The family asks that in lieu of flowers, memorials be made to The Centers of Exceptional Children at www.thecfec.org/donate.

Frank Vogler and Sons Funeral Home is serving the family.