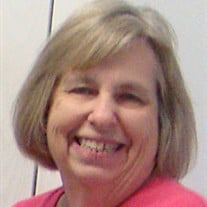 Diane Sloop Chelius of Mooresville, N.C., a loving wife, mother, grandmother and friend to many, passed away on the morning of Saturday, September 11, 2021, at the age of 70.

The daughter of David and Virginia Sloop, Diane attended Shepherd Elementary School and graduated from South Iredell High School in 1969 after which she took a position as secretary for Cavin Funeral Home. In 1973 she married Bernard Chelius of Reading, Pa. She raised one daughter, Amanda.
Most of her working life involved teaching pre-school, first at Central Methodist, then as First Baptist.

Diane was a longtime active member of Triplett UMC, where she taught Sunday School and took leadership roles in the school backpack ministry, the food pantry and the senior group, the Golden Trippers.

In addition to her husband, she is survived by her daughter Amanda, wife of Ronald Kyles; three grandchildren, Gillian, Westley and Jessie; and her brother, Larry David Sloop, all of Mooresville.

Her life will be celebrated and remembered at Triplett Church on Wednesday, September 15, with a time of visitation at 10 a.m. followed a funeral service at 11 a.m. There will also be a graveside service at Glenwood Cemetery after the service. Rev. Mary John Dye of Triplett UMC with officiate.

In lieu of flowers, a donation, however big or small, to St. Jude’s Children’s Hospital via a special fund set up in her memory, would be greatly appreciated: http://giftfunds.stjude.org/DianeC

Cavin-Cook Funeral Home, Mooresville, is serving the Chelius family. Condolences may be made to the family at www.cavin-cook.com.