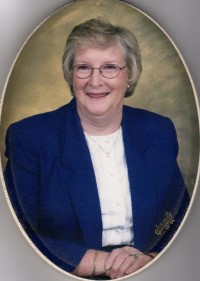 Mrs. Irene Pace Ferguson Blackburn, 88, of Statesville, N.C., transitioned peacefully to her heavenly home surrounded by family and in the arms of her girls on Saturday, June 19, 2021, at her residence.
She was born in Hiddenite in Alexander County, N.C., on August 31, 1932, and was the daughter of the late Ernest Raymond Pace and Rosalee Teague Pace.

She was a graduate of Clevenger Business College and Hiddenite High School. She was a retired Trial Court Administrator with the State of North Carolina, 22nd Judicial District for 23 years. Mrs. Blackburn was a member of First Baptist Church and a former member of Front Street Baptist Church for 42 years where she served on many various committees including president of the WMU (Women’s Missionary Union), Sunday school teacher and Sunday School Youth Department leader.

Mrs. Blackburn was awarded North Carolina’s highest civilian honor, The Order of the Long Leaf Pine in 1999 by then-Gov. James B. Hunt Jr. during her retirement ceremony.

The funeral service will be held Sunday, June 27, 2021, at 2 p.m. at First Baptist Church of Statesville with Rev. Dr. Nelson Granade officiating. Burial will follow at Oakwood Cemetery.

In lieu of flowers, memorial donations are requested to be made to Hospice & Palliative Care of Iredell County, 2347 Simonton Road, Statesville, NC 28625.

Condolences may be left online for the family at www.bunchjohnsonfuneralhome.com.

Bunch-Johnson Funeral Home is honored to be serving the Blackburn family.