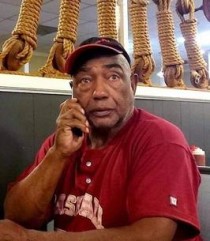 Mr. Jimmy Holland, 75, was born in Iredell County, N.C., on May 5, 1946, and was the son of the late Louis Henry Holland and Elizabeth Gertrude Alexander. He departed this life on Wednesday, June 30, 2021, at Maple Leaf Health Care.

He was employed by Asphalt Company as a roofer.

He was united in marriage to Tina Jackson, who survives. In addition to his parents, he was preceded in death by a son, Brenton Torrence; four brothers, Henry Holland, Jerry Holland, Francis Holland and William Holland; and five sisters, Juanita Gaither, Mary Ramseur, Clara Holland, Lottie Turner and Mary Lois Graham.

Celebration of Life Services will be conducted Wednesday, July, 7, 2021, at 1 p.m. at Rutledge and Bigham Mortuary in Statesville, N.C. Reverend Robert Ramseur will officiate and Elder Terrance Torrence will Eulogize.

Visit the Book of Memories for Mr. Holland at rutledgeandbigham.com.

Rutledge and Bigham Funeral Home is serving the family of Mr. Holland.