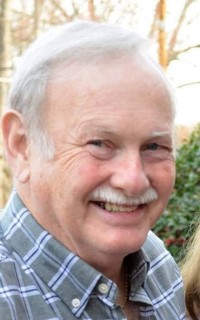 Larry was born January 6, 1949, in Roanoke, Va., and was the son of the late Cleveland Joseph Gordon Sr. and Ruth Cathleen Fisher Gordon. He attended schools in Roanoke and honorably served his country in the U.S. Army during the Vietnam War (1969-1970). He was a decorated War Veteran receiving the Bronze Star. He later received his Associates Degree from National Business College in Salem, Va., and retired from the VA Medical Center in Salem. He was a founder and charter member of DAV Chapter 14 in Salem. He married the love of his life, Patricia Fox Gordon, and together they were members of South River Baptist Church.

Larry was a Boy Scout Leader, avid reader — especially reading the Bible, and he wrote poetry to his wife, and music. He was a member of the Guitars for Vets Program.

A celebration of life service will be held at 2 p.m. Sunday, December 5, 2021, at South River Baptist Church with Dr. Chris Thompson officiating. Military honors will follow the service. The family will visit with friends from 1:00-2:00pm Sunday at the church.