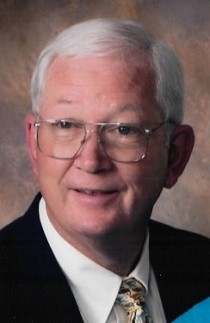 Larry William Johnson, affectionately know as the “Pasta Man,” 77, of Statesville, N.C., passed away on Thursday, April 15, 2021, at the Gordon Hospice House.

Larry was born July 20, 1943, in Iredell County and was the son of the late Reid Edward Johnson and Veola Ireland Meadows. He was a graduate of Statesville High School, Class of 1961. On November 14, 1992, he married Lynda Robinson Johnson and together they were members of Western Avenue Baptist Church.

Larry worked many years as a store manager of Woolworth in Georgia and North Carolina and later became the owner/ operator of Sub Express in Statesville until he retired in August 2008.

A memorial service will be held at 2 p.m. on Sunday, April 18, 2021, at Western Avenue Baptist Church with Dr. Rev. Jeff Spry officiating. The family will speak with friends following the service.