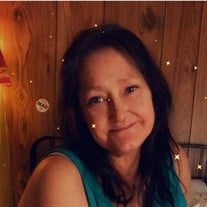 Lisa Ann Reep Barnett, 59, of Stony Point, N.C., passed away October 14, 2021, at Iredell Memorial Hospital after a short Illness. She was born July 13, 1962, in Iredell County to the late Johnson Monroe Reep and Maxine Carolyn Webster Reep. She was of the Baptist faith.

In addition to her parents, Lisa was preceded in death by her husband James Franklin Barnett; one son, Michael Little; and ex-husband, Billy Glenn Brewer.

Services will be announced later.