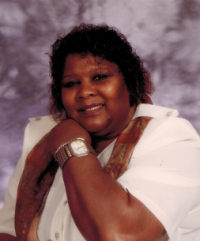 Mrs. Lola Ann Lawrence Chambers was born February 9, 1942, in Iredell County, N.C., to the late Floyd C. Cowan and Mary Norman. She passed away on Wednesday, November 24, 2021, at the Gordon Hospice House in Statesville, N.C. She was married to Elmore Chambers, who preceded her in death. She was also preceded in death by two sons, Nathan Chambers and Robert Elmore Chambers; a grandson, Shawn Chambers; and a great grandson, Quentin Eugene Ramseur.

A celebration of life service will be conducted, Sunday, November 28, 2021, 2 p.m. at Chestnut Grove Baptist Church. The family will receive friends from 1:30 to 2 p.m. at the church. Burial will follow at the church cemetery. Reverend Dale, will officiate and Deacon James Roseboro will deliver the eulogy.

Ruledge and Bigham Mortuary will be serving the Chambers family.