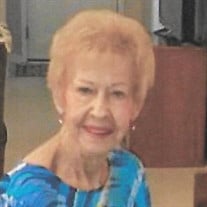 Juanita was a long-time member of and pianist for Buffalo Missionary Baptist Church in West Jefferson, N.C. She also sang alto and played the piano for the Rash-Roland Quartet for several years while residing in Pennsylvania.

There will be no formal services.

Fond memories and online condolences may be left at www.nicholsonfunerals.com.