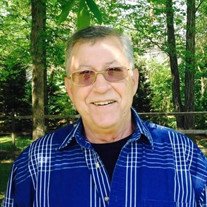 Mr. Snead was born in Portsmouth, Va., on June 1, 1949, and was the son of the late Marlin Willard Snead and Norma Lucille Henderson. He was a graduate of the first class at North Iredell High School.

Mr. Snead served in the U.S. Marine Corps and was deployed to Vietnam and received numerous medals. Following his active duty, he transferred to the Marine Corps Reserve before being honorably discharged in December of 1974.

Following his service in the military, Mr. Snead joined Duke Energy, where he worked as a nuclear engineer. He later joined Buds Oil Co. in Harmony, which was owned and operated by his step father, Kenneth Stroud and mother, Lucille. Mr. Snead retired and moved to Oak Island, where he stayed until his health declined, which brought him back to Statesville.

Mr. Snead was a man who lived life to its fullest. He enjoyed fishing and anything that involved adventure.

He is survived by his daughter, Vanessa S. Denny (Chuck) of Monroe, N.C., and a grandson, Carson Denny.

Due to COVID-19 restrictions, a private service will be held at a later date. The family requests that in lieu of flowers, memorials made in honor of Mr. Snead be made to the Gordon Hospice House, 2341 Simonton Road, Statesville, NC 28625.