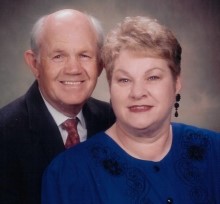 Patricia Gail Hefner Smith, 77, of Mooresville, N.C., passed away on Saturday, September 4, 2021, at the Gordon Hospice House in Statesville, N.C.

Gail was born November 8, 1943, in Iredell County and was the daughter of the late Chester M. Hefner and Madge Elliott Privette (Dwight). She attended Scotts High School and on May 13, 1961, she married Thomas Nicholas “Nick” Smith Sr., who passed away in 2009. She was a member of New Perth ARP Church and was the office manager for Iredell Urological Clinic. She loved spending time with her family, watching TV, cooking, and doing crossword puzzles, and she always had a large green cup filled with Sundrop.

Graveside services will be held at 11 a.m. on Tuesday, September 7, 2021, at New Perth ARP Cemetery with Rev. Charles Hammond officiating.

The family would like to express their appreciation for the loving care provided by the nurses and staff of the Gordon Hospice House.