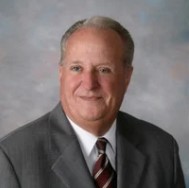 Paul Edward Childers, who was known as “Preacher Paul” to many, age 77, of Mooresville, N.C., arrived in Heaven on Saturday, January 23, 2021, at Trinity Village in Hickory, N.C., surrounded by his children, Mandi and Mark.

He was born on February 25, 1943, in Iredell County, N.C., to the late Harry Lee Childers and Robena Munday Childers. Mr. Childers was a U.S. Army veteran. He was a 1961 graduate of Mooresville High School and later attended Gardner Webb University. Mr. Childers received his Master of Divinity from Luther Rice Seminary in Jacksonville, Fla., and later earned his Doctorate of Divinity in 1980.

In addition to his parents, he was preceded in death by his wife of 56 years, “the sweet Brenda Sue Brooks Childers;” and brothers, Charles “Rusty” Childers and Harry “Bob” Childers Jr.

On Friday, January 29, at Liberty Baptist Church, Mooresville, Preacher Paul will lie in state from 10 a.m. to 12 noon and then the family will receive friends from 12 to 2 p.m. with a celebration of his home going following at 2 p.m. with Rev. Eddie Graham officiating. Burial will follow the service at Glenwood Memorial Park in Mooresville.

Cavin-Cook Funeral Home & Crematory, Mooresville, is serving the Childers family. Condolences may be made to the family at www.cavin-cook.com.